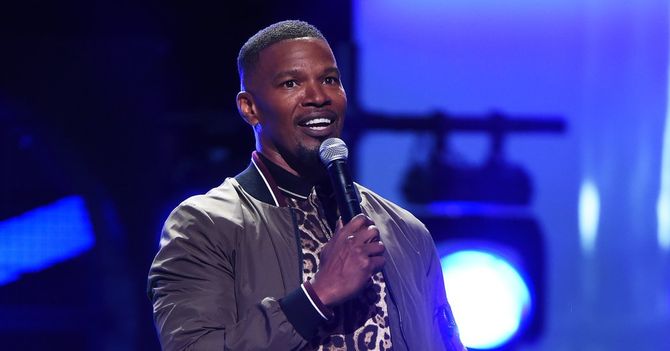 The major networks are unveiling their latest wares to ad buyers in Manhattan this week at a series of events known as the Upfront presentations. Will these star-studded mini-pageants be enough to entice the advertising industry to make some big purchases at a time when television ratings are sagging? Two New York Times reporters who specialize in the media — John Koblin and Sapna Maheshwari — assess what they saw during the Fox presentation at the Beacon Theater on Monday.

JOHN Well, this was a muted affair. There were no cheerleaders outside the Beacon (as there were when Fox rolled out “Scream Queens” in 2015), and there were no men and women in faux-F.B.I. windbreakers handing out fliers (as there were last year, as part of the network’s effort to drum up some interest in “The Gifted”). But then again, Fox had next-to-no new programming to unveil this year. Maybe that’s because there was a cloud hanging over the Fox effort this time around: Disney’s planned acquisition of much of 21st Century Fox, which is now in the works. What does a network’s lineup look like when its ownership is in limbo? The answer: Lots of reality shows and sports. Chiefly, “Thursday Night Football.”

SAPNA There was plenty in the way of sports (World Cup! Baseball! Football! Joe Buck!) and animation — tempting stuff for the advertisers trying to reach those ever-elusive millennial dudes. Fox was eager to point out that its audience skews younger than its rivals, particularly CBS, which drew a round of laughs from the advertisers in the crowd. We also got to see Jamie Foxx trying his best to get Fox’s advertising chief, Joe Marchese, to dance with him as Marchese valiantly attempted to exit the Beacon stage.

JOHN I may have overheard Marchese saying that, if he danced, it would be “all over the blogs.” Which: I’m not sure which blogs. That wasn’t the only awkward moment, either. Sean Combs — who is a judge on the Fox musical competition show “The Four” — also tried to get Fox TV chief Dana Walden to dance on stage, only to have her turn him down flat. “At the next Upfront you’ll be dancing,” Mr. Combs said. The crowd of advertisers and reporters basically gasped — they know all too well that Ms. Walden’s future at Fox is up in the air, given the looming Disney deal. Will she decamp to ABC? Hulu? Somewhere else? No one knows. And there was Tim Allen, whose sitcom, “Last Man Standing,” was revived by Fox. He did a stand-up routine to absolute silence. You could hear the shopping carts rolling down the aisles at Fairway across the street.

SAPNA The dead reaction made me wonder why the network has parted ways with Zooey Deschanel and “The New Girl,” which is entering its seventh and final season. I thought for sure that one would get a shout-out. But I was intrigued, much to your chagrin, John, by the sizzle reel for a new show, “Proven Innocent,” from one of the co-creators of “Empire.” It’s about a crusading lawyer who was wrongfully convicted of murder when she was young and is now on a mission to help others who have been falsely accused. It sparked that little light in me that loved the first season of the podcast “Serial” with the rest of America a few years ago …

JOHN Yeah, I don’t know if that won me over. As you mentioned, Fox did play up its relatively youthful audience — “Bob’s Burgers,” “Family Guy” and “The Simpsons” all skew young — which is what made the preview of “Cool Kids,” about a group of people in a retirement community, all the more surprising.

SAPNA The line to take pictures with the “Cool Kids” — David Alan Grier, Martin Mull and Leslie Jordan — was longer than the sushi line at the after-party, which took place under a tent at Wollman Rink in Central Park. The show’s stars seemed to be getting more attention than Seth MacFarlane, despite his cartoonish good looks. The advertising reporter in me feels obliged to mention that we didn’t hear the crusading against Facebook and YouTube that was part of the NBC presentation earlier in the day and was a staple of all the networks’ upfronts last year. The word at the party was that Fox had chosen to take the “high road” with the digital giants, despite the billions of dollars those companies have been siphoning away from the TV industry.

JOHN And the TV reporter in me would like to note that Fox managed to get the super-producer Ryan Murphy to hit the Beacon stage and talk up “9-1-1.” He even introduced a new cast member in Jennifer Love Hewitt. Mr. Murphy’s Fox days are numbered — in six weeks, he commits to Netflix full time, after signing a deal worth up to $300 million with the streaming service. Do you think there’s any chance that ABC will get Shonda Rhimes — who has likewise signed a nine-figure contract with Netflix — to show up at its event tomorrow?

SAPNA Maybe! I know I’m ready for some surprises — we got a “Roseanne” reunion and the Backstreet Boys last year. Who knows what tomorrow will bring?

JOHN Anything will beat the pair of rats we saw scurrying past the entrance to the Wollman Rink. Sign of the times?

SAPNA I’m going to focus on the blue jay we saw right before that.

SAPNA You know it.